What do you know, it’s been quiet on here for a while. What happened was a merely technical problem: I knew that the software I use to write this blog, Joomla, was shifting from the version I used (2.5) to a completely new 3.x. That meant that a lot of the things I rely on to provide additional functionality wouldn’t work anymore. Plus, the old software would eventually not be updated any longer, making this site a potential security risk.

That ended up happening. A few days after the last update, I received a message from my hosting provider (Linode, great guys) telling me that this blog was used as an open spam relay and that they would have to shut it down if I didn’t do something about it, soon.

In a moment of wisdom I had moved the site to version control, so it was a breeze to clean it up. What had happened was that the server itself had not been compromised. Instead, security holes in one of the Joomla extensions I used had allowed hackers to push a hidden site update that was used to spam third parties.

I didn’t have the time or inclination to find out what extension it had been, whether it was a known security hole I hadn’t patched fast enough, or whether it was simply my own configuration mistake. I narrowed it down to JDownload and Kunena Forums and just removed both components from the site. Nothing happened after that.

But… I just didn’t feel like pushing something new until I had the site transferred. Since I had been waiting so long for the move, it was probably going to be painful, too. I didn’t want to do it, so I neglected pushing out new content (there are numerous articles that aren’t finished yet, though).

END_OF_DOCUMENT_TOKEN_TO_BE_REPLACED 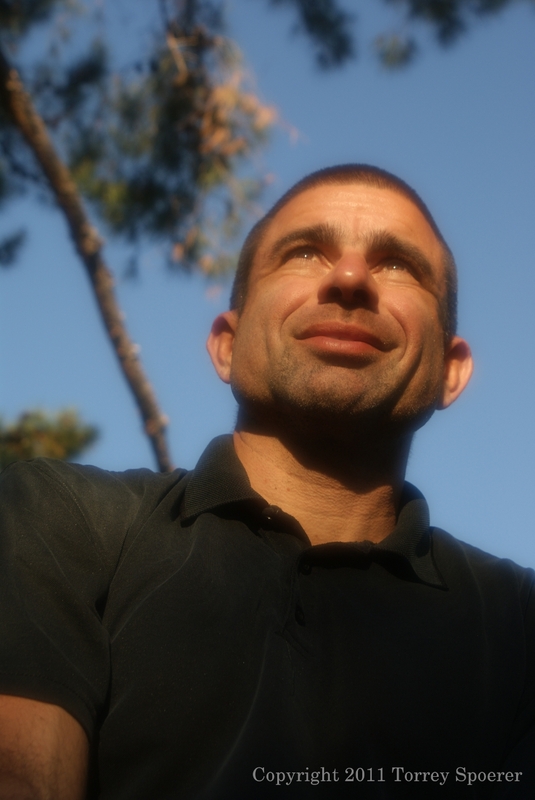 Well, it’s been a long while since the last update. I just checked, and it looks like the last entry on this blog was from just after my participation in the AIDS LifeCycle ride – that was LifeCycle 8, and we are at 10 now. I guess living in San Diego has been a lot of fun and a lot of work, and I hadn’t had much time to keep this site updated. Plus, I’ve been posting on a trillion other places – mainly on Blogger – and didn’t feel the need to keep this up-to-date.

All better now! Let me summarize what happened in my life in the past two years, and then we’ll move on forward:

Darn it! After upgrading to Joomla 1.0.11, zOOm didn't allow me to upload images any longer. It just shows me an empty page, no matter what option I select to add images. That's certainly a security upgrade, but not necessarily the one I was after.

Independently, I went online and found out that there is a brand new version of zOOm available, 2.5.1 (I am still at 2.1.something), and I am deciding whether to upgrade. Follow me on my path to self-immolation on the altar of progress!

Netcraft reported a serious SQL injection flaw in Mambo and Joomla. Given that SQL injection is pretty much the worst that can happen to your site, I immediately ran to the Joomla download page and got myself the upgrade from 1.0.8 to 1.0.10. Ran flawlessly, except for the usual SEF problem reported on several sites.

To fix that, I had to go to includes/sef.php and manually change the behavior. How annoying! In this case, I had to go down to line 511 of the new file, where you'll find the following lines:

END_OF_DOCUMENT_TOKEN_TO_BE_REPLACED

A new era for content management on this site: I switched from Mambo to Joomla, the new open-managed fork of the old CMS of choice. (I like the open-managed moniker.)
The transition was neither hard nor easy. I decided to try the copy instructions: copy the site to a new location, copy Joomla on top of it, then deal with all the problems.
Mostly, I had to retrieve files I had changed (like sef.php or the custom image on top). A little extra time went into debugging: I had to change the configuration to go to a different directory, and then revert back.

END_OF_DOCUMENT_TOKEN_TO_BE_REPLACED

After moving into the new house, DSL made me wait a few days for a connection. This was followed by the usual problems in finding cables, hardware, keyboards, etc. Long story short: the site is back up! END_OF_DOCUMENT_TOKEN_TO_BE_REPLACED

Since I am moving tomorrow and DSL won’t be started until the 5th, the site will be temporarily down. I will have diva.homelinux.org point to www.marcogazzetta.com and remove the redirect there, but the content will not be updated.

If you get a chance before the site is down, check out the pictures of the new house!
END_OF_DOCUMENT_TOKEN_TO_BE_REPLACED

The PHP version of the weight table is available as a Mambo/Joomla component. It was my first attempt at a component, and I have to admit it was much easier than I thought. You can download the component from the Remository.

END_OF_DOCUMENT_TOKEN_TO_BE_REPLACED

I noticed that more and more of the requests to this site are for images that are embedded in somebody else’s pages. That’s quite a drag (as it has caused me almost to lose my other ISP for bandwidth violations until I turned it off).

What to do? Well, wonderful Google helped out.

People that link an image externally to save bandwidth are called bandwidth thieves and their activity is called hotlinking.

To turn their request off, you have to do a little work (nothing tragic). First, you have to turn on mod_rewrite…