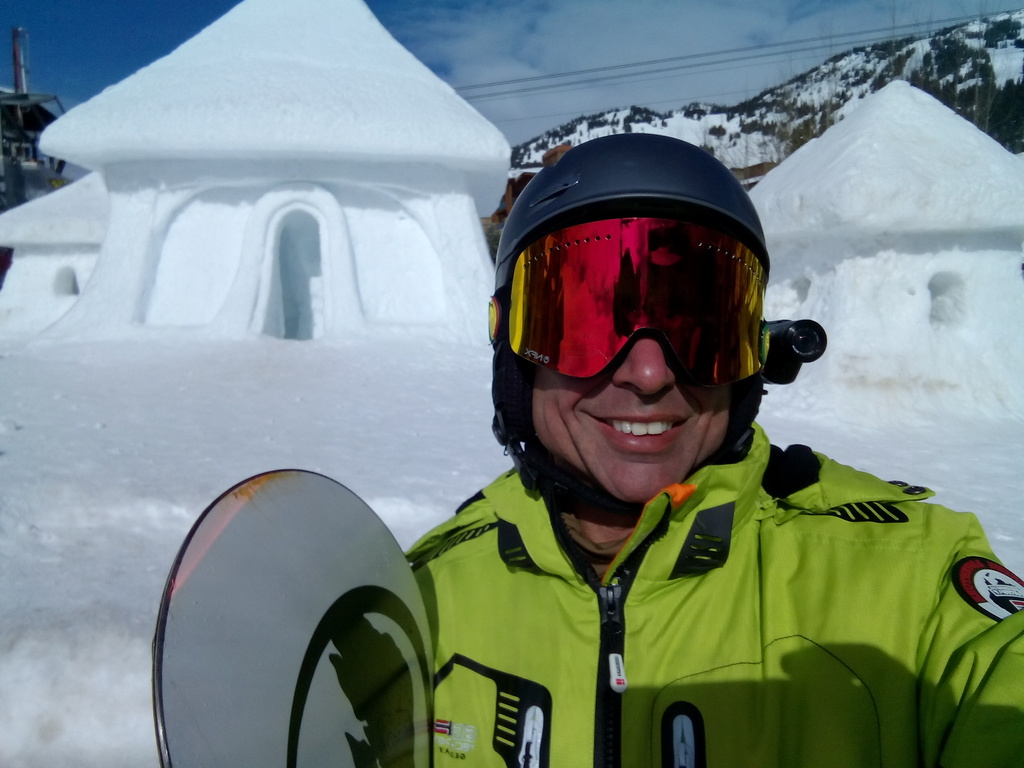 i was a little apprehensive at first. The final part of the drive from Sun Valley to Jackson Hole, the Tetons, had been steep and fraught with danger. What would the drive to Big Sky look like? I knew there was a canyon involved, but how steep would it be?

The weather was nice, and as I point out in the previous post, I felt Confident. First, the crossing of the Tetons. Not a problem, except for this lady in the Forester ahead of me that slowed down to a crawl (20 mph) whenever there was water on the road or a turn. Given that it was 37 and we were crossing the mountains, there were lots of turns and lots of water!

We got into Victor and she left for Idaho Falls while I went straight ahead. Again, the landscape was fantastical and magical. Endless expanses of white. The towns were smaller here, less busy, less interested in the passing tourist in the Outback.

Eventually, I got to the first escarpment. It wasn’t bad, at all. The kind of drive you could handle in the snow, no problem. Then I got into the town of Island Park, where things were flat again.

It turns out that Big Sky is really close to the West Entrance of Yosemite National Park. In fact, you have to drive through the town of West Yellowstone to get there. It’s a small town with lots of snowmobile traffic. And it is here that Google maps did something odd again.

You see, when I was driving from EBR-1 to Idaho Falls, almost in the town of Idaho Falls, on US 26, GMaps told me to leave the highway and go onto a rural road that was thick with ice. It didn’t go long, and after about two miles I was back on a highway. Only that it was the same highway I had been on. I should have simply gone straight instead of taking this weird detour.

The same was happening in West Yellowstone: GMaps told me to bypass the only traffic light in town by going on a side road that was thick with ice. I wonder if that’s an artifact of the Waze acquisition, but it sure felt weird to leave the US highway only to get back onto it a block later.

Long story short, you then get onto US 191 that gets you to Lone Mountain Road, which is where all the action is in Big Sky.