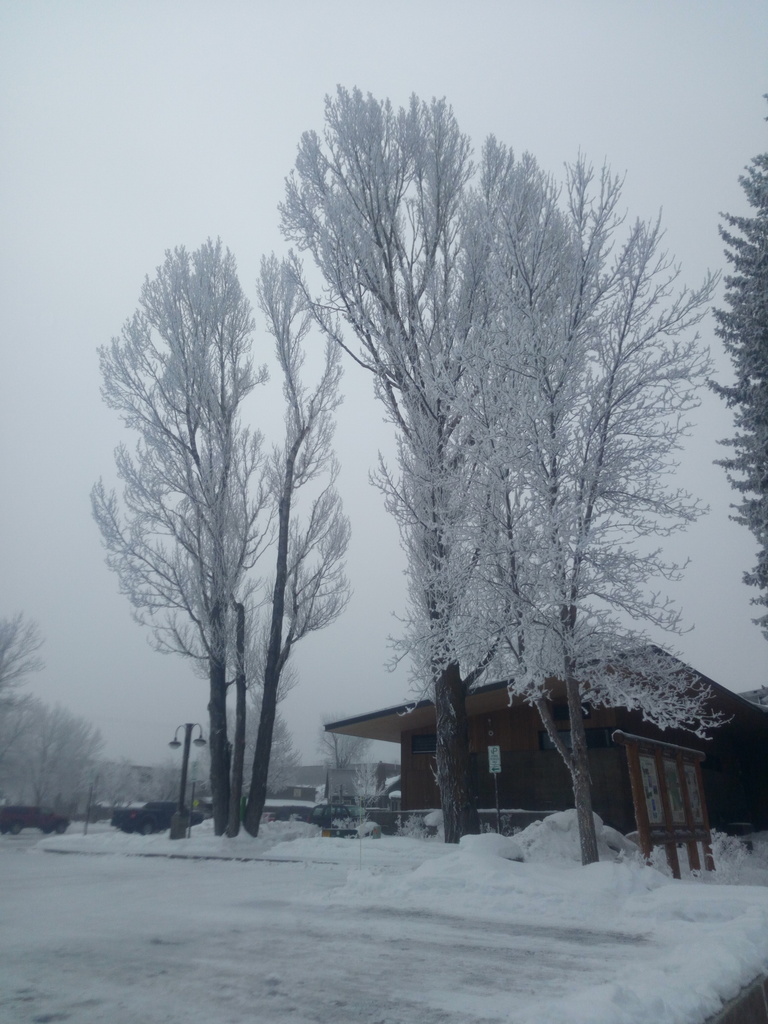 As the brochures ask, is it called Jackson, Jackson Hole, or Teton Village?

The answer, my friend, is blowing in the Arctic wind. Jackson, WY is the town. A very nice town, indeed. The low-lying valley of the Snake river around the Tetons is called Jackson Hole. So Jackson (the city) is located in Jackson Hole the area. Teton Village is the name of the base area of the ski resort, which is named after the area, Jackson Hole.

I have no idea why they did it this way. I probably would have named the ski resort, “Grand Teton” and made less of an ass of myself. I don’t know how many idiots (including me) made fun of the name, “Jackson Hole.”

I had been to Jackson the year before and not particularly impressed with the city. That’s because I actually never got to the city, remaining on the outskirts and strip malls. The hotel, the Lexington Inn, is just a block from the real downtown, so even a moron like me couldn’t miss it.

And I’ll have you know that downtown Jackson is a match to downtown Aspen. Maybe not as pretentious (fewer Guccis, more sandwich places), but there are lots of people marching around and seeking fun at night.

Jackson is relatively odd by ski resort standards, in that it is 20 miles from the Village. The Village, in turn, is relatively odd because it doesn’t have a whole lot of services. The two depend on each other in a very weird symbiosis, and the thing that connects the two is the shuttle. Which is not free, for reasons only Jacksonians understand.

The Lexington Inn is another oddball. A set of four buildings walling off a parking lot, it’s nicer than its price would indicate. At the same time, it seems to have a desire to aggravate that is just odd.

The WiFi, for instance, is tragically bad. It’s not just the speed that is arresting, it’s also the fact it requires you to log into the network every night. Since it uses a common password (that is, one that has been set a long time in advance and can be guessed in minutes by any bystander), it’s not clear why they would do it that way.

Also, the hotel had been advertised as having a kitchenette. That turned out to be just a microwave. Also, the room had no desk: I had to put the coffee table next to the couch in front of the easy chair to have any semblance of a working area. Also, the hotel hot tub was small enough that a family would fill it up completely, while the pool was the size of a regular hotel hot tub. Also, they upgraded me to a mini-suite, which would have a king size bed and a living room, but the living room is just the vestibule of the room, with a couch and TV, but no heater.

Still, I won’t bitch. The Lexington was definitely worth the money, and was the only one of the resort hotels that had something warm (scrambled eggs) for breakfast. Don’t forget the location! The shuttle departs right across the street, and you are the first stop, so you get a pick of seats (it gets busier further down).