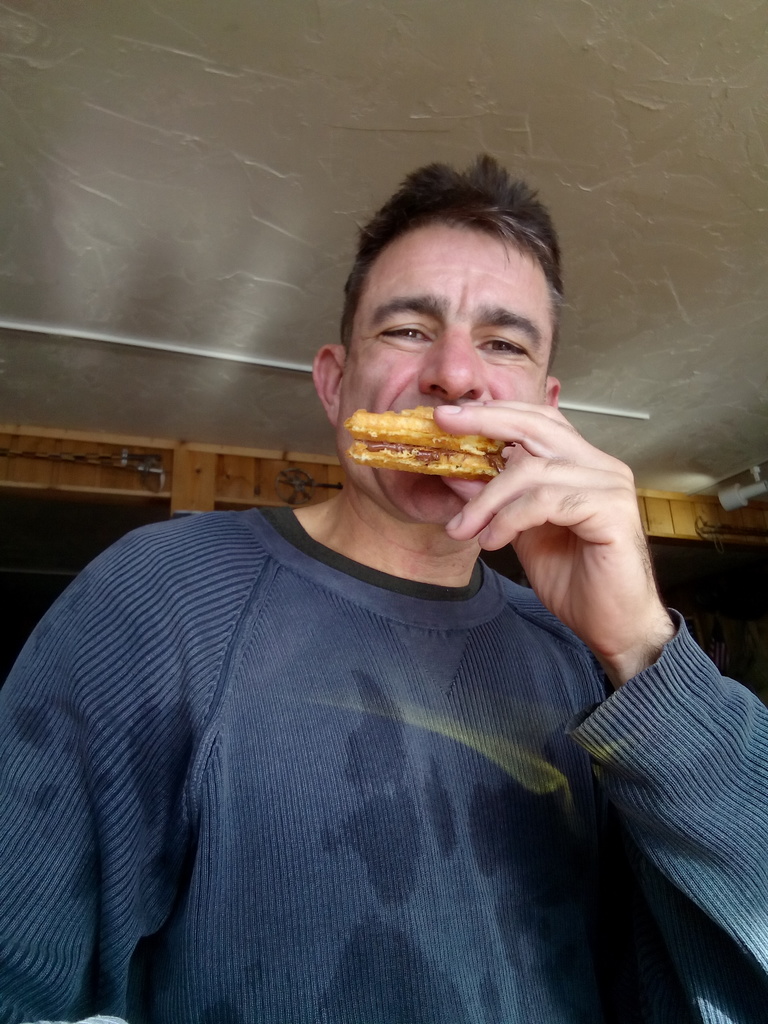 Sometimes, you experience something as wonderful and you realize it might not be as good next time around. You were euphoric with the excitement of the discoverer, and there is no way next time you’ll have as good a time.

Turns out that may be true in general, but not in this case. I remembered Jackson Hole as a wonderful, amazing place. The second time around, it was the same thing, but better.

There was the discovery of the Village, that made the place look less artificial an touristy. But that really wasn’t the driving force. What made me fall in love all over again, and twice as hard, was the mountain.

For one, I had loved the Sublette lift. It accessed amazing terrain with a variety of slopes and challenges. The lift itself, though, was slow.

Then there was the snow. It had been so much better than we had been told it would be, but it was too icy (so they told us) to go to the top. We forewent that and stuck to the mid-mountain.

Then there was the time we spent figuring out where all the beginners were. On Apres-Ski mountain, served by the homonymous lift.

This time around, everything was different – and better! I went to Sublette on a lark, but after two days of snowboarding at high-speed Sun Valley, the pace of that thing was not to my liking. I consulted my map, which had vertical vs. time listings, and decided the brand spanking new Teton lift was my friend. It was flanked by the not equally new Casper, which came with its own restaurant.

So I spent most of the first day just zipping down Casper and Teton in an endless variety of paths. Both lifts had groomers, moguls, and glades, and I mixed and matched until my board fell off. I loved the fact the snow had stayed nice and hadn’t turned into the ice sheet I got off-groomer in Sun Valley.

On day two, I went for broke. Despite the advice of the wise men of the place, I stood in line at the tram. Jackson Hole has the distinction of having the only tram I know that goes without stop from the bottom of the mountain to the very summit. Very daring, especially because the only way down for the unadventurous is the tram itself.

I wasn’t happy about the warnings, but I figured that the simple availability of a warming hut with waffles was reason enough to go. Worst case, I would just eat a waffle and take the tram back down. I even said as much to the attendant.

I got into the hut and undressed. Jackson was freaky warm, and the mid-mountain thermometer had proclaimed a puzzling 37 degrees. I was drenched in sweat (which you can see in the picture – that’s the third layer that you see wet!). But it was time for a waffle. Ordered “Italian,” which came with the thinnest idea of Nutella on it.

I got out. Nervous. Almost ready to wet myself. You couldn’t see where the trip would go, only that nobody was turning back afraid. The old man of the mountain yelled a friendly, “Be Safe!” that made me feel even worse.

There was a traverse. I couldn’t see anything beyond that. I got to the gate for the off-resort skiing and knew I had to turn. I did. Facing the invisible chasm.

I pointed the board down. Snow. Moguls. I thought I would die. I was sure there was going to be one of those cliffs you see in snowboarding movies, only that I would be the moron that hits the rock face because he doesn’t know what he’s doing.

But then I was just gliding. The MP3 player decided to switch to Demi Lovato’s Confident, a song that seemed oddly appropriate. I was gliding down the face of this mountain, confident, spraying old snow at every turn. I went down in one go, slowing down briefly for a family with kids, but passing by them with elegance. At the bottom, I realized I was where Sublette lets out and followed its trail.

Eventually, I reached one of the gullies I liked. I took it, treating it as a makeshift halfpipe. Maybe I would make a half-decent freestyler. Then the halfpipe ended in a cliff and I had to manage getting by.

I soldiered on, but nothing could make up for that feeling of weightlessness coming down a face whose end I couldn’t see. Eventually, I got to the bottom and went back up for chicken tenders – the mid-mountain ones are the best in the world! Then I left, ready for the next adventure.