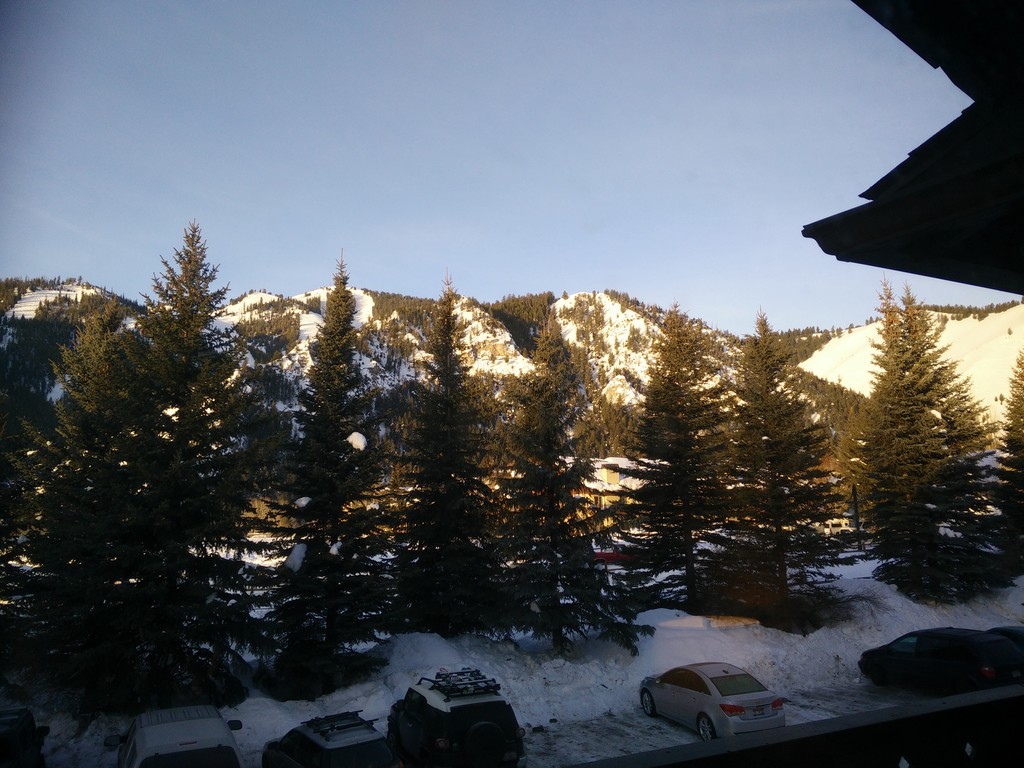 I didn’t really get a chance to connect to the place when I checked in. I just picked up the room keys and walked up the stairs, then dropped dead tired into bed.

It was in the morning that I activated my snow sense. I got the coffee maker out and started my day by brewing a 12 cup batch and checking email. The hotel WiFi was pretty crappy, and the LTE gizmo turned out to be on AT&T, not Verizon as I wished.

I managed. The Best Western gets points for decor and style. The rooms are clean and nice. Nothing fancy, but also very functional. They did have a coffee maker, pretty much the only food amenity, but it was one of those single cup brands that don’t really appeal to the tired aficionado.

While the place was very clean, it showed there hadn’t been upgrades in a while. The door frames had water damage, the toilet seat was a little worn out.

But they certainly made up for it by being a great place. The breakfast buffet was nothing to write home about, but well organized and in a cheerful locale. The decor, Austria in the 50s, was tasteful and understated. It was a chain hotel with the feel of a boutique hotel. And everybody was friendly.

I didn’t get to see the town until the afternoon, after the first day of snowboarding, but Ketchum is a winner. It has the feel of a real place, nothing of that phony tourist ambiance that is so Squaw Valley or downtown Aspen (or even my world favorite, Whistler). Ketchum does have its insane number of kitsch shops and real estate agencies, but it’s been around before skiing was fashionable and will once it’s over (never!).

The main drag is not Main Street, but a street perpendicular to it. Lots of stores, from the fancy to the cheap. Lots of eateries, but none that I would recommend.

Ketchum, incidentally, is the town near the resort named Sun Valley. There is a separate town called Sun Valley, which is on the other side of the valley from Ketchum. It’s a little confusing, but not as much as the town by Heavenly being called South Lake Tahoe.