It’s been the best of times, it’s been the worst of times. My brothers and I decided to part with our old family house in Germany, since none of us was ever going to live there, and I had to go and retrieve as much of my distant past as possible. At the same time, I knew this was the last time I’d see the place and get to soak in the memories of my childhood.

To make the trip less bleak, and given the forced timing of it all, I decided to go for Easter and stay for an extended period of time. In fact, I left Easter Friday (Good Friday) and stay until a few days ago. There is never a shortage of things to do in Europe, and it had been almost two years since my last trip, after all. 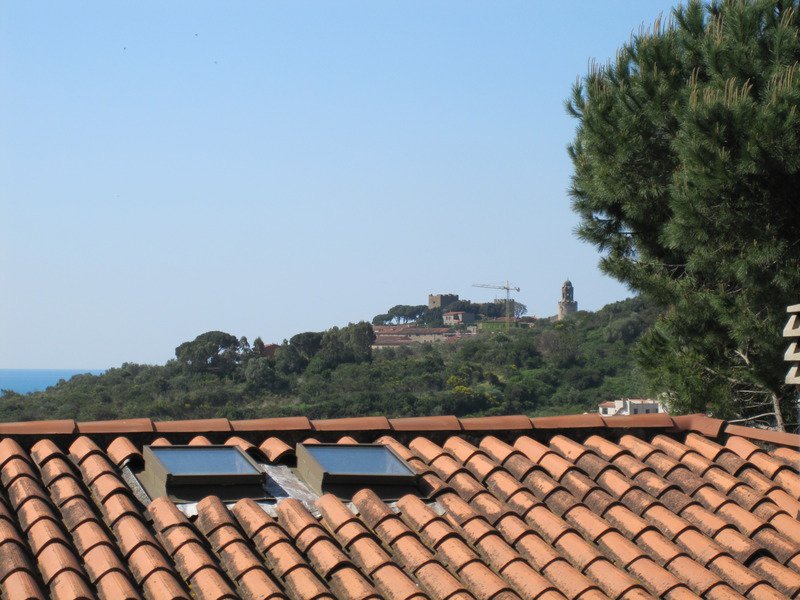 The flight was quite uneventful. San Diego -> Newark -> Rome is a long day, especially because you lose 9 hours in the flight, and if you don’t watch it (as I didn’t), you’ll end up with an incredibly short night and will land in Rome with barely a minute of sleep.

I rented a car in Fiumicino, since I wasn’t planning on driving into town and instead zoomed off to my parents’ place in Tuscany. Which is Castiglione della Pescaia, a lovely and very old village with a castle overlooking the beaches, old town walls that go back hundreds of years, and a bustling resort community at the bottom of the hill. From Castiglione, you have a view of the entire Tuscan Sea, including the beautiful island of Elba to the North and the famous little island of Montecristo. 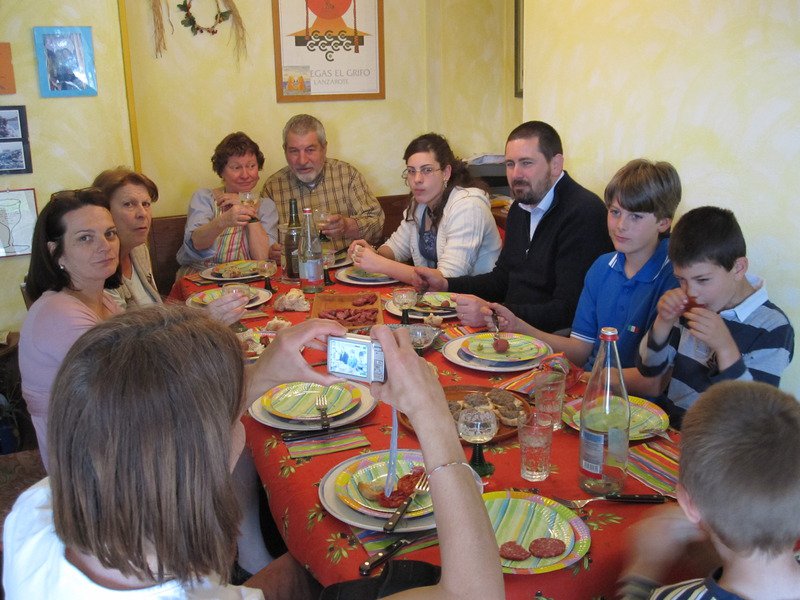 Since it’s their habit anyway to congregate for Easter, and since I was there in a once-in-a-lifetime opportunity, we decided to all celebrate the day there. Unfortunately, my younger brother had to fly back to Germany on Easter Monday morning, while my older brother would come in in the afternoon, but we still at least saw each other. It was a fun lunch, one of those giant Italian affairs where you eat for hours, laugh, make fun of each other, and are generally happy that the people you love are around you, all safe and fed by none else than Janet, my stepmother and chef extraordinaire.

Amazing to see all my nephews and niece grow up, especially considering the parents… Seriously, I am incredibly happy that my brothers have such wonderful families, and I consider myself the luckiest uncle on the planet. 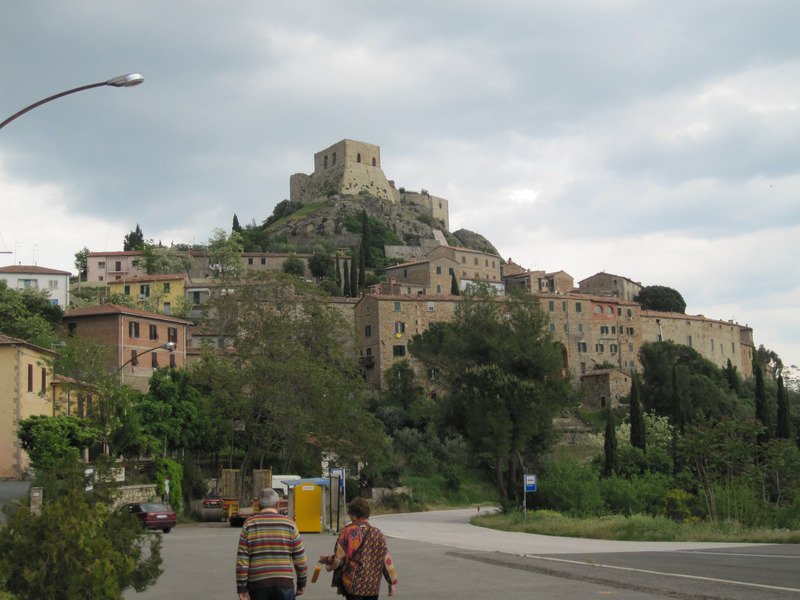 After the Easter festivities, that took up most of the weekend, I relaxed for a few days, alternating time with my father and his wife and time with my sister-in-law and her two young boys. At 5 and 3, the two are at the double-helping-of-handful stage, and it’s really hard to keep them safe and happy all the time. Only the discovery of dung beetles at the beach made them peaceful for a moment.

One Thursday, then, Janet, dad, and I left for Montemassi, a village on a mountaintop built some time 900 years ago (or more). The mission: to visit Janet’s son and to retrieve a giant chocolate easter egg they had won in a raffle. 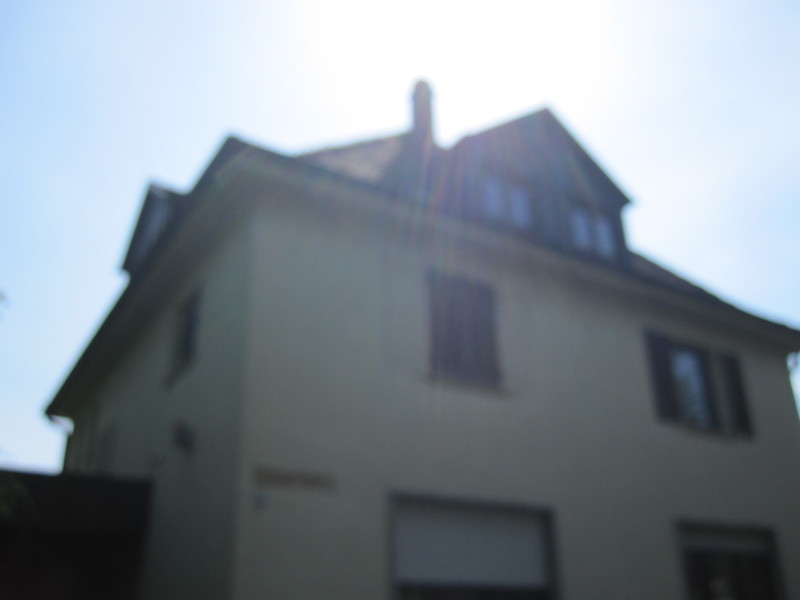 The very next day I had to fly out to Frankfurt, where I picked up another rental (in both cases Thrifty) and drove off to Stuttgart. For my American friends: forget Autobahn and no speed limits on freeways. Theoretically that still seems to be true, but on approx. 90% of the freeway, there are speed limits in place. Plus, the whole country seemed to be under construction and congestion before the Baustellen was terrible.

Made it into Stuttgart, where I picked up my bro, and we went to the old house. It’s a beautiful house, filled with memories, and we lost ourselves in reminscense multiple times. 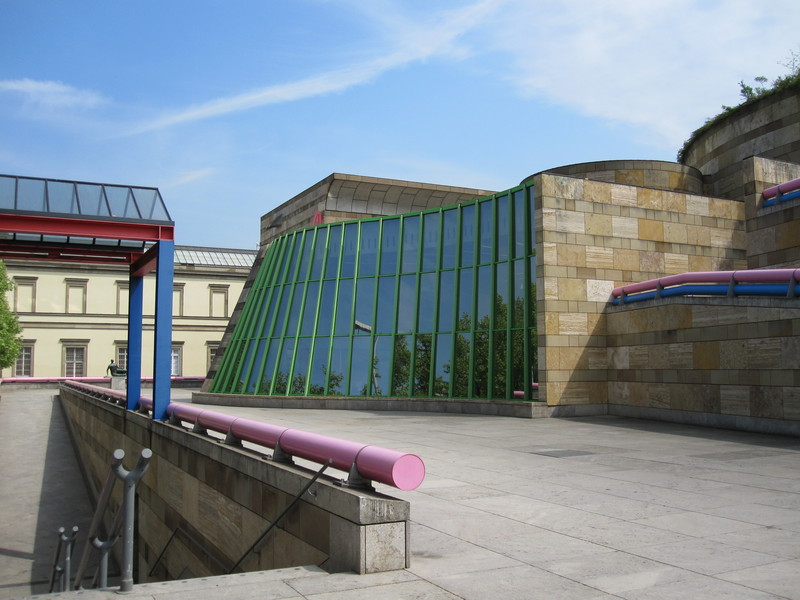 From the house to the city – Stuttgart is somewhere between dull and beautiful, depending on what you look at. Much of the city was destroyed in WWII, and rebuilt in the 50es. This means that most of what you see is utilitarian architecture, of the kind that screams, “they built me cheaply so that they can replace me with something better once they have more money.”

There are a few standouts, though: the Staatsgalerie, completed in the 80s, is one of them. It’s a beautiful, pensive building in which post-modern architecture and Rococo sculpture go hand in hand, and where a series of conceptual artists left their mark.

From there I took the rental car and drove to Cologne, to spend some more time with my brother and his family. I stayed with them for the first time, trying to be as quiet in the morning as I could possibly manage, and it seemed to work out fine. No pictures from Cologne, since I took a million on my last extended trip.

Driving back to Frankfurt, not a hitch in sight. I left the car at the airport (where they actually have a gas station with decent prices at the entrance!) and waited for my plane. I had plenty time, and unfortunately I immediately went into the gate area – where there was absolutely nothing to do. All the shops in Frankfurt seem to be outside the waiting areas.

Flying back was a little weird, since the search engine had decided that Palm Springs qualifies as close enough airport to San Diego to qualify as “nearby.” So I lended in San Francisco, was routed outside security (and had to give up my €3.60 bottle of water), then departed for the short hop to PS. 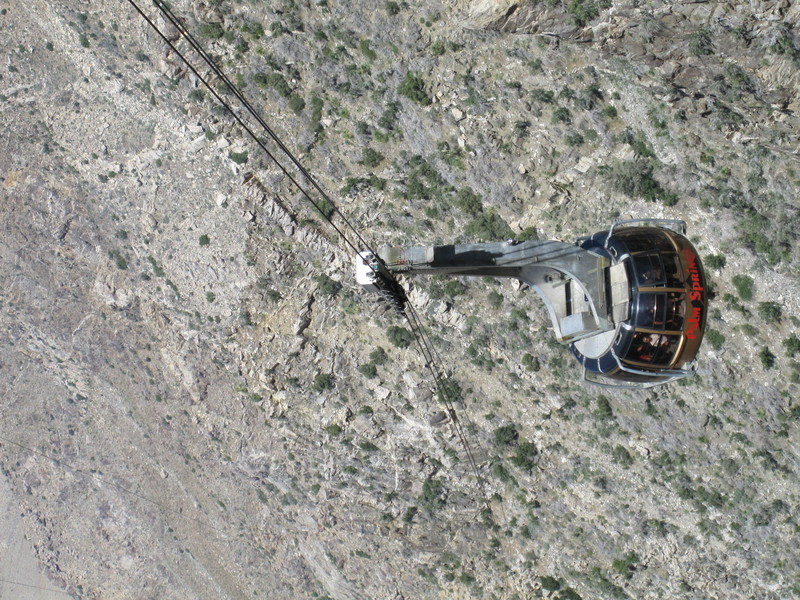 Since I landed after midnight, I was glad to hear that a friend was picking me up. We’d stay in town for two days and wouldn’t go back until after a formal dinner and a hike up the tram to Mt. San Gorgonio – really worth it, despite the steep price ($23 p/p). The hotel suite was posh, the place a little dusty (the Palm Spring Tennis Club).

The hike up San Gorgonio is beautiful and gets you out of the heat of the valley. The views are amazing, and if you leave early enough, you can even hike to the top of the mountain – the second-highest peak in Southern California!